Turning film into theatre: the secret behind Secret Cinema 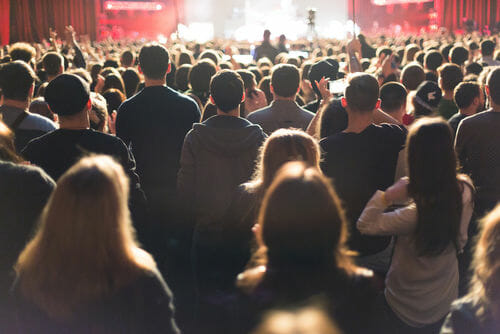 Have you ever wanted to step through the silver screen of your favourite movie and take part in the action? While it may sound crazy, a new form of theatre, known as In Real Life (IRL) storytelling, or in layman’s term “turning film into theatre plays” is providing exciting new ways to engage audiences and immerse them within the fictional world of film.

Since 2007, Fabien Riggall, founder of Future Cinema and its subsidiary Secret Cinema, has managed to sell 120,000 tickets without telling his audience what film they’re actually “seeing”. That’s because he provides an IRL experience, inviting them to be immersed in the world of film. It is a mixture of secrecy, discovery, and immersion – and it’s proving to be extremely popular.

To date, Riggall has envisioned, and brought to fruition, over seventeen IRL shows spreading across a number of different genres. He has taken on a retelling of Gus Van Sant’s Paranoid Park, the musical Funny Face, and blockbuster hits such as One Flew Over The Cuckoo’s Nest and Prometheus. His shows have attracted tens of thousands of people, some of which take part in the show itself, and others who engage with it via the internet.

This exciting new combination of film and theatre is becoming a worldwide sensation that is rapidly growing in popularity, with more and more producers joining Riggall in bringing to life their own IRL visions.

Punchdrunk is another In Real Life theatre company, founded in 2000 by entrepreneur Felix Barrett. For Barrett, the digital age became the turning point that made this kind of production possible.

“Everything is so immediate and accessible that we can have whatever our heart desires in seconds. So what we find is that an audience actually wants to work for something. They want to feel alive,” said Barrett.

Barrett continues to produce IRL productions based on classics like Edgar Allen Poe stories and Shakespeare plays, all without telling the audience what world they are delving into. It makes for a curious, and certainly exciting, night out.

But beyond offering entertainment and a unique experience, IRL productions also serve a higher cause: preserving film by translating it into live theatre performance; while drawing new generations to the performing arts.