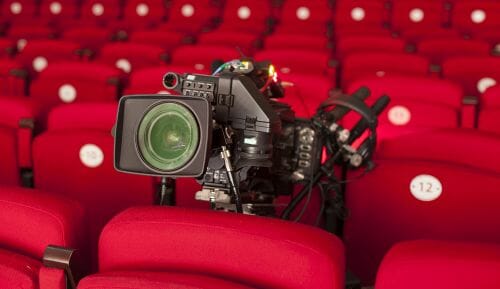 Visiting the theatre is a culturally enriching experience – one that all people should be able to access. Most venues plan theatre seating to accommodate wheelchairs, but what about patrons who are deaf, hard of hearing or visually impaired?  This is where theatre captioning technology comes in.

Given the fact that 1 out of every 6 Australians has hearing loss and in excess of 600,000 Australians are blind or partially sighted, that’s a lot of people who have limited access to theatre productions. Good acoustics only go so far, so captioning and providing audio descriptions is the logical solution.

Luckily, more and more theatres are now using captioning technology, including the Arts Centre in Melbourne, Sydney Opera House and other high-profile venues. Theatre captioning is an accurate text display of a theatre performance in its entirety, including actors’ dialogue, ad-libs, asides, song lyrics, musical descriptions and other sound effects.

With over 4 million Australians with a hearing loss and 1 in 5 Australian households speaking a language other than English, theatre captioning offers social inclusion and equal access to the arts for both of these groups.

Most Australian theatre venues use award-winning GoTheatrical! Captioning technology from The Captioning Studio, which was first created in 2005.

Building on this success, the Captioning Studio has recently launched GoTheatrical! App, a mobile phone app that allows real-time theatre captioning. Patrons are offered the option of open or closed captioning. The app can also be used for lectures, webcasts and a whole range of other events.

The captioning technology was originally patented for use on captioning display screens, which were placed either at both sides of the stage or sometimes on the stage itself. The mobile version will run alongside the on-screen captioning.

The Captioning Studio has also been working on a Go-Theatrical! Kids project, which seeks to bring captioning to children’s live theatre performances across Australia.