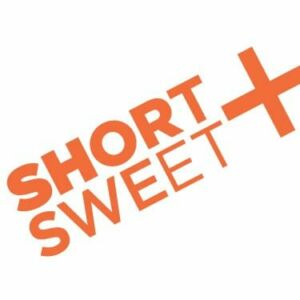 What do you expect when you go to a theatre performance? Two acts, each lasting about thirty minutes, broken up by a 15-minute intermission; or perhaps something a little shorter, skipping the intermission altogether. Sounds about right?

Short+Sweet takes these assumptions of what a play is supposed to be like and throws them on their head. This annual event presents ten-minute plays. Yes, you read that right… TEN minutes!

For directors and actors alike, this is quite a feat. After all, introducing characters, a plot and a rewarding resolution all in less than the average length of an intermission is definitely a challenge! Luckily, Short+Sweet only works with the cream of international writers, resulting in some amazing script writing and wonderful performances.

The festival travels to various cities in Australia and also plays at The Esplanade Theatre Centre in Singapore, KLPAC in Malaysia and the Herald Theatre in Auckland. It’s currently being held at the King Street Theatre in Sydney, until the end of March, where it will produce 160 brand new 10-minute plays: the work of 300 writers and directors, and close to 500 actors!

Short+Sweet is a great place to both spot new talent and see the work of established actors and directors. The festival has helped launch the careers of countless theatre professionals, and utilises the talents of the best young and established directors, actors and technical personnel to create some of the best theatre on the planet.

The climax of the festival is the Gala Final and Awards Night, where outstanding performances are rewarded with industry awards and cash prizes. Prominent figures from the theatre industry sit on the panel, which is one of the reasons why this quirky festival of ten-minute plays attracts so much attention! As an added incentive, this year’s Short+Sweet Sydney artists who make it through to the Gala Final will have their work recorded to be shown on Movie Extra.

If you’re in Sydney at the start of 2013 and want to see a different take on theatre, book your tickets and enjoy some of the world’s best ten minute plays!