Children’s theatre entertains children in a way that television never quite can. Perhaps this is because it’s a live, communal experience that is quite unlike anything else. The great thing about children’s theatre is that productions can explore the fantastical, with free reign given to the imagination. A large part of this comes down to producing a show that is visually stunning, that will hold the children’s attention – and this often involves inventive uses of technology. 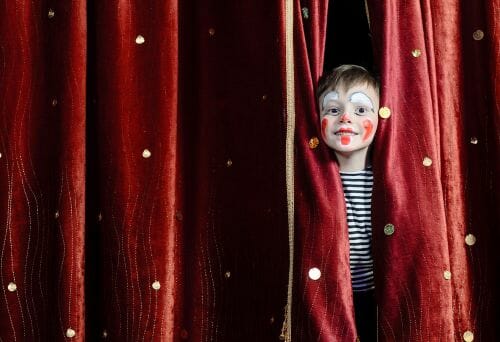 A good example is John Tartaglia’s US production of ImaginOcean, an underwater tale of hidden treasure and friendship, with a cast of neon sea creatures. What sets ImaginOcean apart from other similar productions is the use of black light technology to create the illusion of the characters floating and swimming in water. The black background and clothes of the puppeteers are invisible once the black light illuminates the stage. The audience sees only the characters and objects that have been painted with the ultraviolet paint. 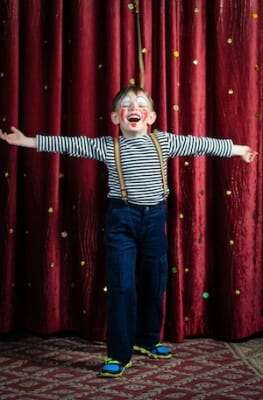 Meanwhile, back in Australia, the participatory production for babies How High the Sky at the Polygot Theatre has been using theatre sound technology in a highly original way. The performance takes place inside a giant playpen whilst balloons whirl around the stage. However, what makes the performance truly unique is the fact that the crying and squalling of the babies from inside the miked-up playpen get modulated into a more soothing sound. That sound is then looped and given a reverberation echo, before being blended into the ambient background music.

Elsewhere in the country, The House of Dreaming at the Arena Theatre combines a variety of theatre technologies for an interactive production about an abandoned house. In this high-tech interactive maze, children dress up in a cape and hat as one of three figures and enter the house to find all manner of wonders: hidden passages, magic mirrors, upside-down rooms and photographs that move. The most technically innovative part of the show is Matthew Gardiner’s ”oribotics”, which fuse robotics and origami to create moving ”dream flowers”.

Introducing children to the theatre at an early age will help spark their imagination and creativity. Of course, the great thing about theatre for children is that the adults can enjoy that little bit of magic too…