The growing popularity of interactive theatre in Australia

Interactive theatre breaks down the “fourth wall” that traditionally separates performers from the audience, both physically and verbally. It requires active participation from the audience, transforming them from passive observers to participants, and encouraging them to immerse themselves in the performance. After proving to be a roaring success in other parts of the world, the popularity of interactive theatre is quickly rising in Australia. 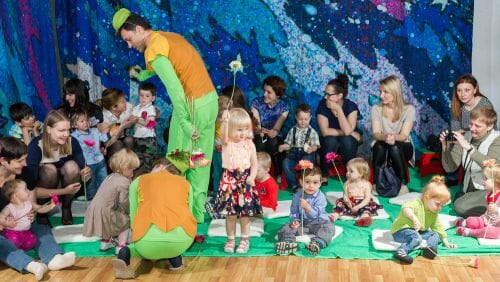 One of the most popular interactive theatre performances currently in Australia is The Messenger, run by Sydney Interactive Theatre. The “show” is part game, part theatre, part tour and part bar crawl – something most Australians will appreciate.

The audience, or rather participants, are sent on a mission, aided by clues and characters at various locations scattered throughout their city. During the show, they explore popular landmarks and local bars, as well as venturing off the beaten track into mysterious alleyways. In the process, they create their own story and theatre performance.

This is exactly why interactive theatre is proving to be so popular. Each show is different, influenced by the individuals that make up the “audience”. For theatre lovers, it’s exciting because it marks a significant change in the relationship between audiences and performers.

Although shows like The Messenger aren’t for everyone, they’re a great idea for a birthday party, social outing or team-building event. If you’re looking for a unique style of theatre, this might just satisfy your appetite for the unusual!

Interactive theatre is also increasingly used in therapeutic and educational settings, where the audience is invited to discuss or act out pertinent issues with the performers. Often referred to as drama therapy, this approach uses theatre techniques to facilitate personal growth and promote mental health. It is used in a wide variety of settings, including hospitals, schools, mental health centres, prisons, and businesses.

It will be interesting to see how interactive theatre will impact the performing arts industry in Australia over the coming years.